God didn’t really like Esau, in fact He hated him.  Esau turned to the dark side, race mixing with foreign wives, the exact thing Yahweh God told him not to do!

Esau, the hairy one became the inhabitants of Edom, those followers of Judaism i.e. Pharisaism  -not the religion of Judah.  Jews are Esau Today.

And Esau hated Jacob because of the blessing wherewith his father blessed him: and Esau said in his heart, The days of mourning for my father are at hand; then will I slay my brother Jacob.  -Genesis 27:41 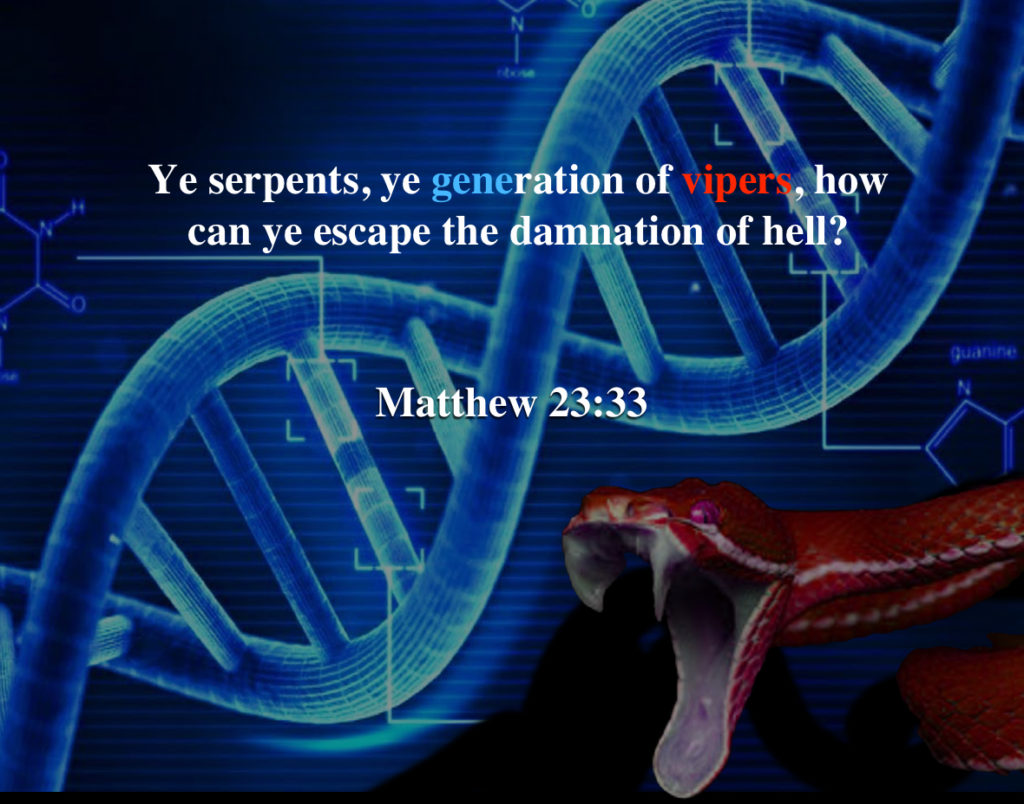 And I hated Esau, and laid his mountains and his heritage waste for the dragons of the wilderness. Whereas Edom saith, We are impoverished, but we will return and build the desolate places; thus saith the Lord of hosts, They shall build, but I will throw down; and they shall call them, The border of wickedness, and, The people against whom the Lord hath indignation for ever.  -Malachi 1:3-4 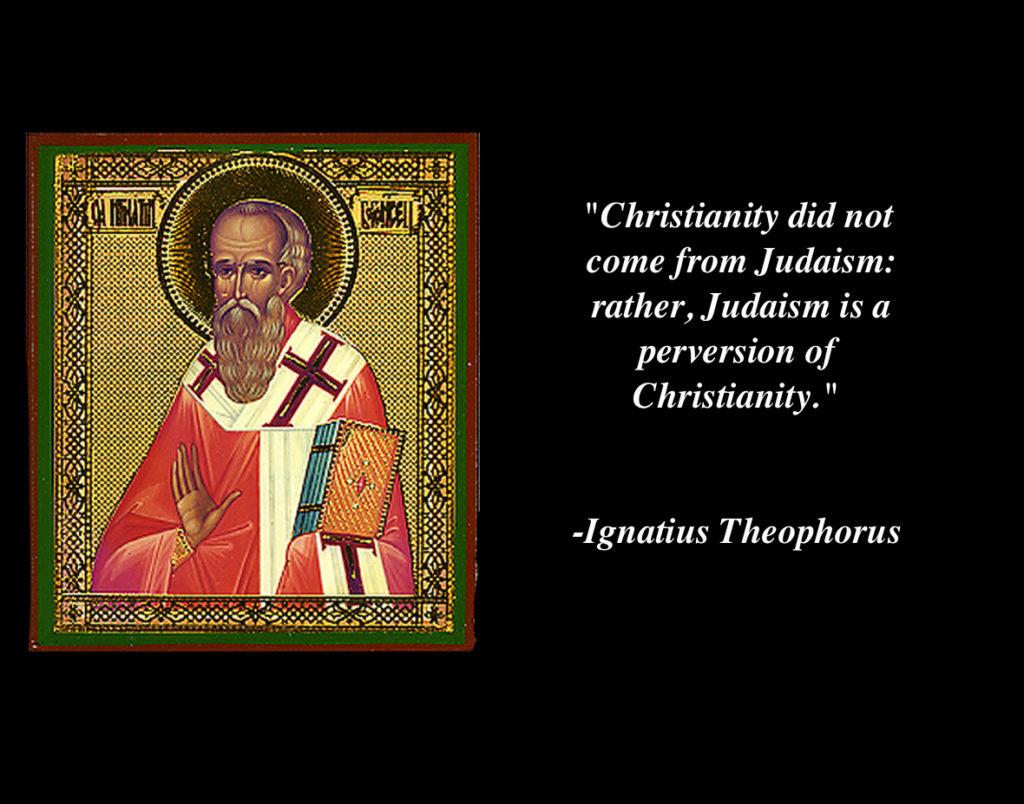 “No one can deny that the Jews are a most unique and unusual people. That uniqueness exists because of their Edomite heritage. You cannot be English Jews. We are a race, and only as a race can we perpetuate. Our mentality is of Edomitish character, and differs from that of an Englishman. Enough subterfuges! Let us assert openly that we are International Jews.”

—Manifesto of the “World Jewish Federation,” January 1, 1935, through its spokesperson, Gerald Soman 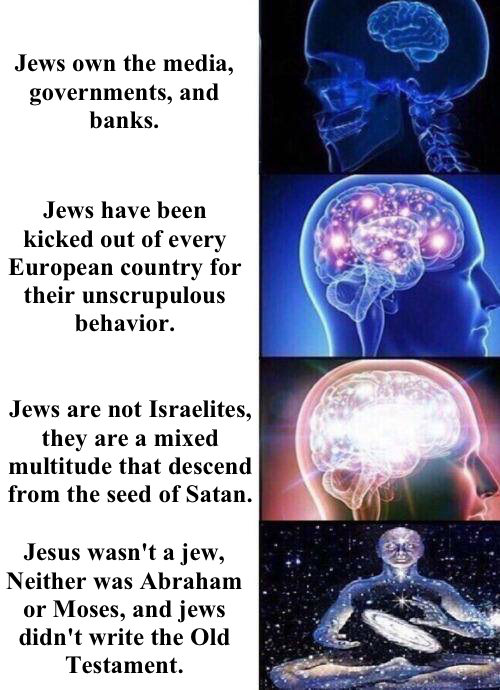 “Hasdai ibn Shaprut, who was foreign minister to Abd-al-Rahman, Sultan of Cordova, in his letter to King Joseph of the Chazars (about 960 AD) … speaks of the tradition according to which the Chazars once dwelt near the Seir Mountains [The ‘Seir Mountains’ are none other than the original land of Esau-Edom – ‘Thus dwelt Esau in mount Seir: Esau is Edom’ (). Seir was a mountain range sought of the Dead Sea and was also known as the ‘land of Edom’ (). The Seir mountains were the home of the Edomites for nearly a millennium (The Edomites arrived in Edom or Seir at the end of the 14th and beginning of the 13th century B.C. Encyclopedia Judaica, Vol. 6, p. 372) Thus we have it from Jewish sources that the Khazars originally ‘dwell near the Seir Mountains’ so are racially of Edomite stock. But how and when did Edomites get to Khazaria? There is evidence that in the 6th century BC, some of the Edomites fled their homeland of Seir and migrated north, ‘After the fall of Jerusalem, in 586 BC, the Edomites began to press northward .”

And Jacob sent messengers before him to Esau his brother unto the land of Seir, the country of Edom. 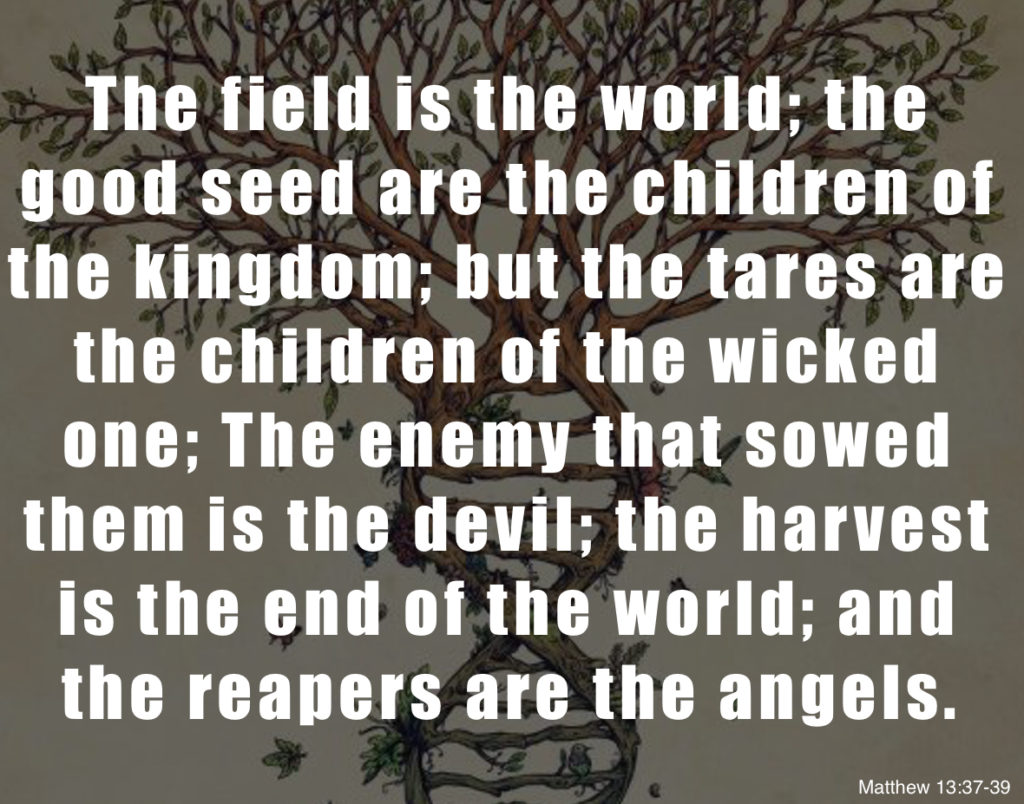 “The Edomites were conquered by John Hyrcanus who forcibly converted them to Judaism, and from then on they constituted a part of the Jewish people, Herod being one of their descendants. During Titus’ siege of Jerusalem, they marched in to reinforce the extreme elements, killing all they suspected of peace tendencies. Thereafter, they ceased to figure in Jewish history. The name in the Talmud is a synonym for an oppressive government, especially Rome; in the Middle Ages, it was applied to Christian Europe.”

As the famous Christian bishop Ignatius said nineteen hundred years ago, “Christianity did not come from Judaism: rather, Judaism is a perversion of Christianity.”

First let us make it abundantly clear that there were no Jews prior to the 1700s, for the letter “J” had not been invented prior to that time. “J: This letter has been added to the English Alphabet in modern days; the letter I being written formerly in words where J is now used.

“The spread of a modified Pharisaism to the ends of the earth has fortunately not prevented the endurance throughout the centuries of the unchanged faith, in Rabbinic Judaism. Pharisaism became Talmudism, Talmudism became Medieval Rabbinism, and Medieval Rabbinism be came Modern Rabbinism. But throughout these changes of name, inevitable adaptation of custom, and adjustment of Law, the spirit of the ancient Pharisee survives unaltered. When the Jew reads his prayers, he is reciting formulae prepared by pre-Maccabean scholars; when he dons the cloak prescribed for the Day of Atonement and Passover Eve, he is wearing the festival garment of ancient Jerusalem; when he studies the Talmud, he is actually repeating the arguments used in the Palestinian academies…

…From Palestine to Babylonia; from Babylonia to North Africa, Italy, Spain, France, and Germany; from these to Poland, Russia, and eastern Europe generally, ancient Pharisaism has wandered.”

…The spread of a modified Pharisaism to the ends of the earth has fortunately not prevented the endurance throughout the centuries of the unchanged faith, in Rabbinic Judaism.

-The Pharisees: The Sociological Background of their Faith by Louis Finkelstein 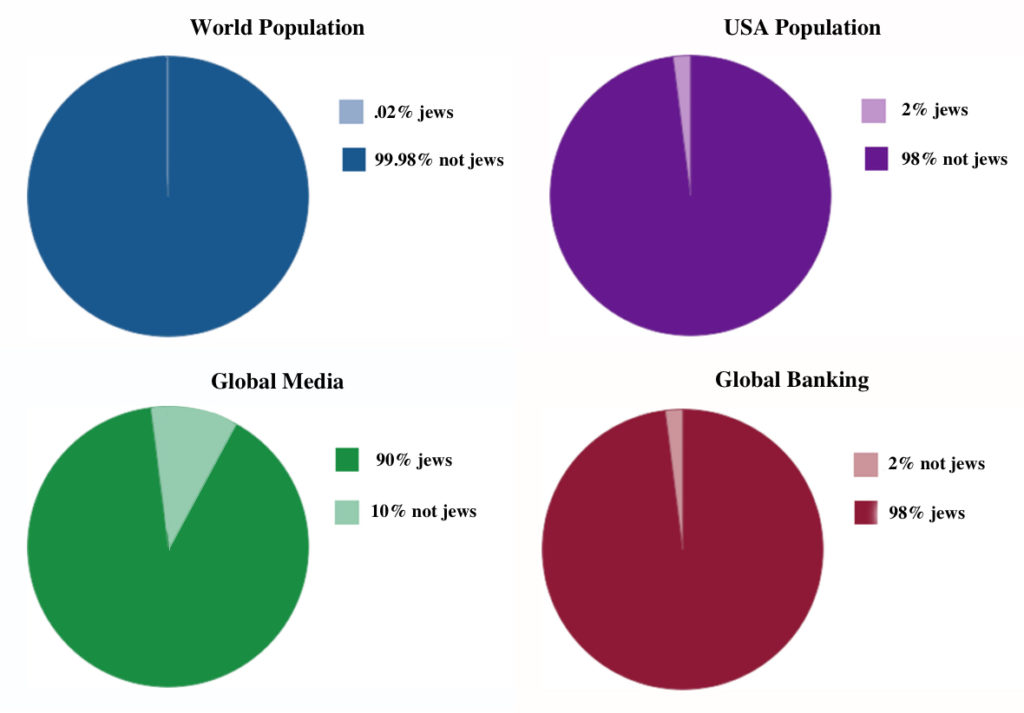 Concerning the Pharisees, the 1905 edition of the Jewish Encyclopedia says under the
subject of “Pharisees”:
“With the destruction of the Temple (70 A.D.) the Sadducees disappeared altogether,
leaving the regulation of all Jewish affairs in the hands of the Pharisees. Henceforth,
Jewish life was regulated by the Pharisees; the whole history of Judaism was
reconstructed from the Pharisaic point of view, and a new aspect was given to the
Sanhedrin of the past. A new chain of tradition supplanted the older priestly tradition
(Abot ). Pharisaism shaped the character of Judaism and the life and thought of the
Jew for all the future.” 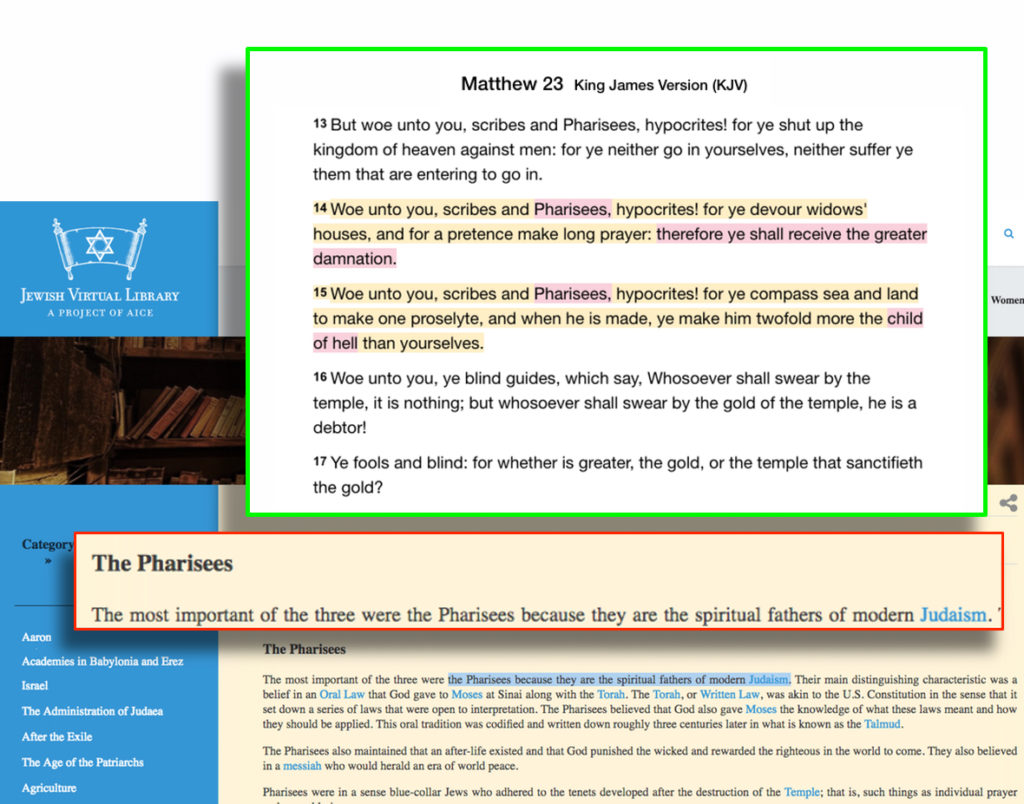 “…they[Pharisees] are the spiritual fathers of modern Judaism.

“Pharisees were in a sense blue-collar Jews who adhered to the tenets developed after the destruction of the Temple; that is, such things as individual prayer and assembly in synagogues.”

“The Communists [the Jews] are against religion (Christianity), and they seek to destroy religion; yet, when we look deeper into the nature of Communism, we see that it is essentially nothing else than a religion (Judaism).” (A Program for the Jews and Humanity, Rabbi Harry Waton, p. 138). 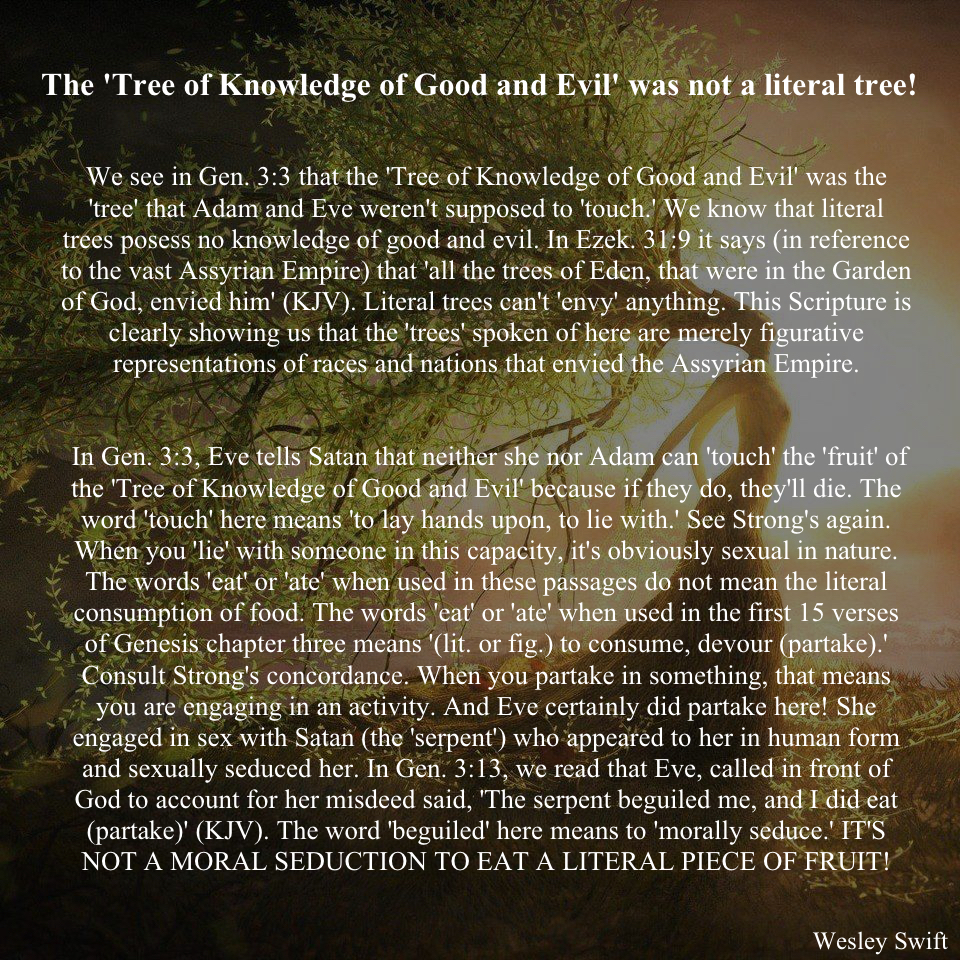 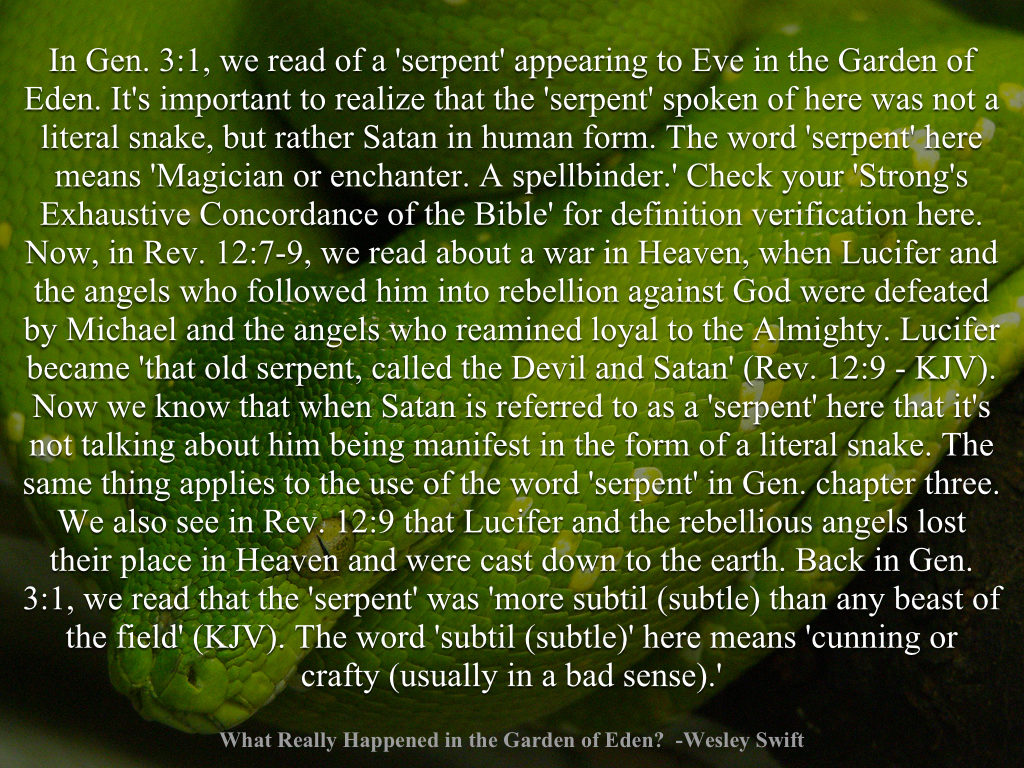 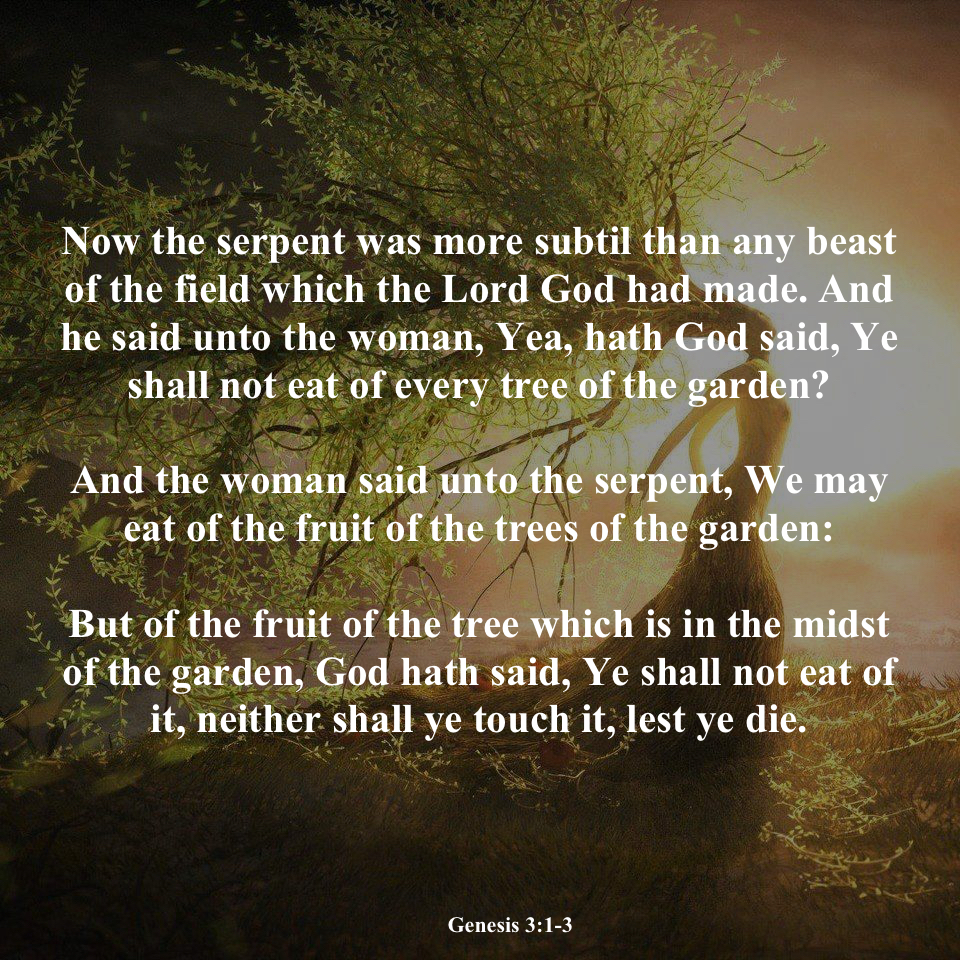 “Pharisaism shaped the character of Judaism and the life and thought of the Jew for all the future.”

Who Are the Jews

Origin of the Jews – Willie Martin 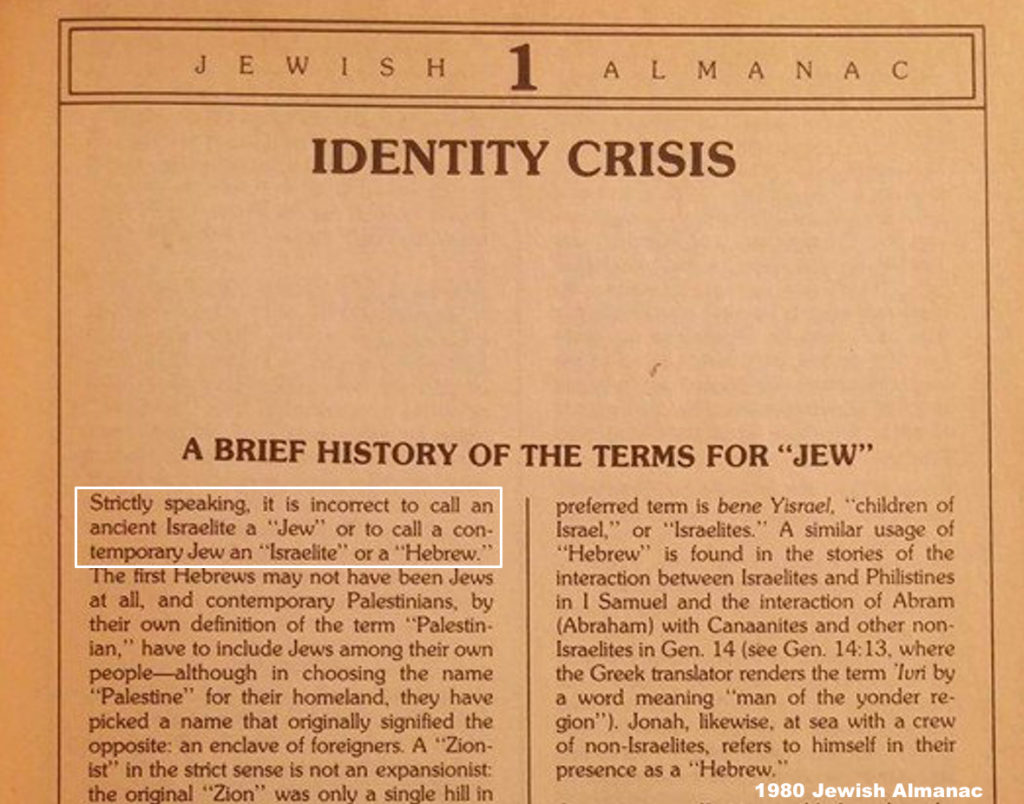 “Strictly speaking it is incorrect to call an ancient Israelite a Jew or to call a contemporary Jew an Israelite or a Hebrew.”  -1980 Jewish Almanac p. 3

“The return from Babylon, and the adoption of the Babylonian Talmud, marks the end of Hebrewism, and the beginning of Judaism.”  -Rabbi Stephen S. Wise 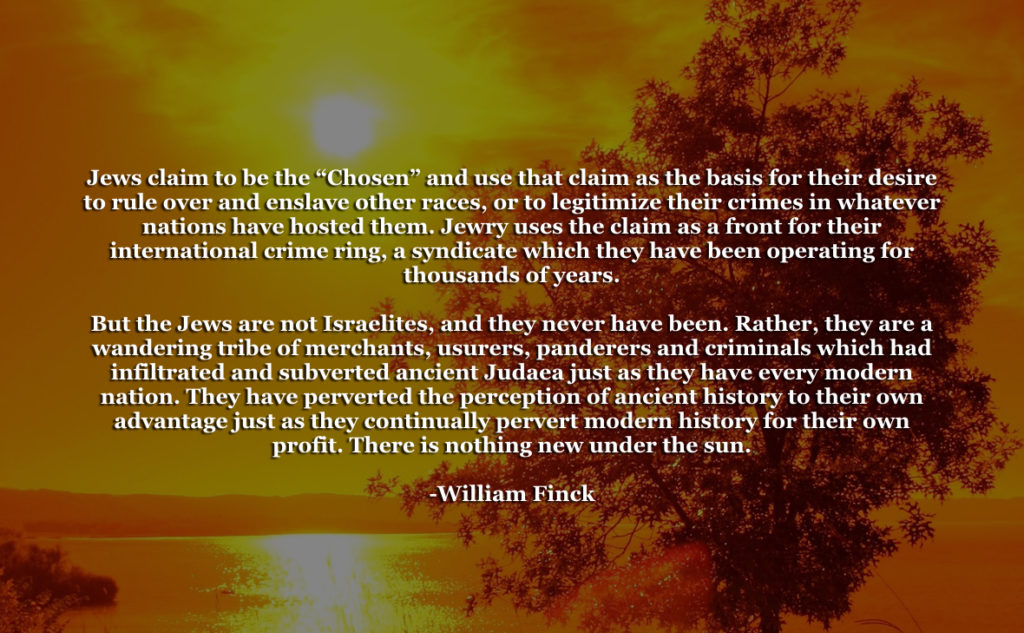 Who are the jews?

“The Jews are not the Chosen People, though practically the entire Church has succumbed to the propaganda which declares them to be so.” – Henry Ford

Woe unto you, scribes and Pharisees, hypocrites! for ye are like unto whited sepulchres, which indeed appear beautiful outward, but are within full of dead men’s bones, and of all uncleanness. Even so ye also outwardly appear righteous unto men, but within ye are full of hypocrisy and iniquity.

“For the true Deity of the Jews is not Yahweh, but the Jewish people itself.”

“Now the serpent was more crafty than any of the wild animals the LORD God had made.

“For they are not all Israel which are of Israel…”

“Judaism is not the religion of the Bible.”  -Rabbi Ben Zion Bokser

“Here is a paradox, a paradox, a most ingenious paradox: an anthropological fact, many Christians may have much more Hebrew-Israelite blood in their veins than most of their Jewish neighbors.” (What Price Israel, by Alfred M. Lilienthal, (Chicago: Henry Regnery Company, 1953; p. 223)

What is most important to remember abut these Khazarian converts to Judaism is this: they have no genetic link to Abraham, Isaac, Jacob/Israel, Judah or any other Hebrew. Furthermore, the majority of the Jews of today are descended from this Khazarian branch.

Although modern Jews purport the idea that they are descended from ancient Judah, they are lying. Twice in the book of Revelation, the followers of Christ are informed that there exists a group of people who claim to be Judean, but are not: “…and I know the blasphemy of them which say they are Jews, and are not, but are the synagogue of Satan.” (; ) 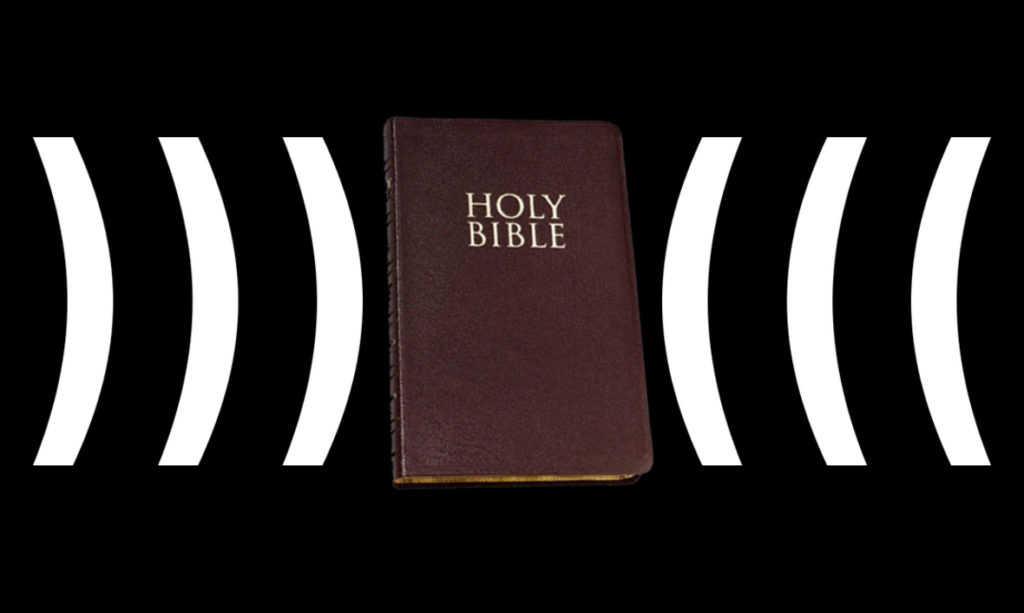 The faith that is known as Judaism today was never called thus. It was always known as Pharisaism or Rabbinism, the doctrine of the ancient Pharisees whom Jesus was constantly rebuking.

Rabbi Adolph Moses in collaboration with Rabbi H.G. Enlow explained clearly in “Yahvism and Other Discourses,” that: “Among the innumerable misfortunes which have befallen… the most fatal in its consequences is the name Judaism… neither in biblical nor post-biblical, neither in Talmudic nor in much later times, is the term Judaism ever heard…”

The term “Judaism” was first coined by historian Flavius Josephus in the first century as he described the history, the civilization, the language, the poetry, the religion, the art, the science, the manners, the customs, the institutions, and the genocide of the Ancient Judahites. It was not coined with the intention of starting a religion, and nor is Judaism even mentioned in the Bible.

Jewish-born historian Benjamin H. Freedman explained it thus: “When the word ‘Jew’ was first introduced into the English language in the 18th century (1775) its one and only implication, inference and innuendo was ‘Judean.’ 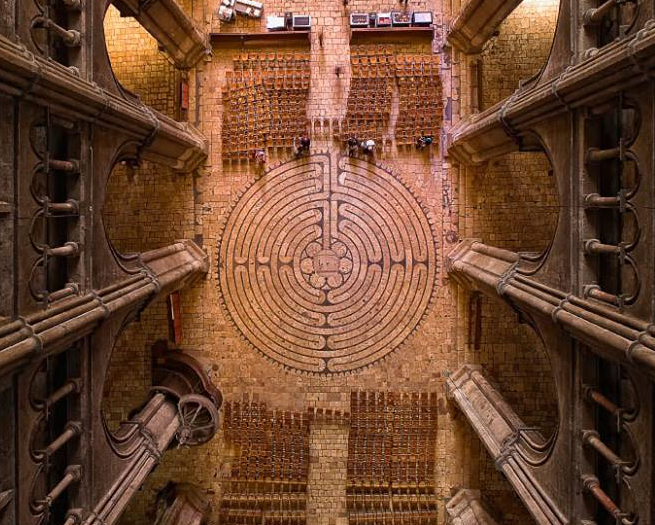 From the Jewish Encyclopedia, Vol. 9, under nervous diseases: “The Jews are more subject to nervous diseases than the other races. HYSTERIA and NEU- RASTHENIA appear to be the most frequent. Physicians of large experience among Jews have gone so far as to state that most of them are NEURASTHENIC and HYSTERICAL. Tobler claims that in Palestine all Jewish women are hysterical. Raymond states that in Warsaw, Poland – hysteria is frequent among both Jewish men and women. Kraft Ebing states in Austria and Germany the neurotic taint of the Jews is obvious. That nervous diseases, especially neurasthenia, affects the Jews with exceptional severity. (From “Nervositat und Neurasthenic Zustande” page 54.) Erb, Jolly, Mobius, Lowenfeld, Oppenheim Fere, Charcqt, Bauveret and most of the other world renowned specialists in mental diseases speak of this in their writings on neurasthenia and hysteria, pointing out that hysteria in the mate, which is so rare in other races, is frequent among the Jews. ” The Jewish Encyclopedia goes on to say “Jews at an early age spend a great deal of time studying the Talmud and this is a contributing factor. “

“from then on [Edomites] constituted a part of the jewish people, Herod being one of their descendants”, The Standard Jewish Encyclopedia, 1966 Doubleday & Company, Inc , Garden City, New York, Pg. 592.

why does the jewish encyclopedia mention that “edom is in modern jewry”? that is their own writings not the klan! why the kkk reference and where is your proof? “EDOM IS IN MODERN JEWRY.” The Jewish Ency. 1925 Ed., Vol. 5, Pg. 41.

They [the non-Israelite Edomites] were then incorporated with the Jewish nation…. “EDOM, IDUMEA,” The Jewish Encyclopedia (New York & London: Funk and Wagnalls Company, 1904) Vol. V, p. 41

…from then on they [the non-Israelite Edomites] constituted a part of the Jewish people, Herod [King of Judea] being one of their descendants. “EDOM (Idumea),” The New Standard Jewish Encyclopedia (Garden City, NY: Doubleday & Company, Inc., 1977) p. 589

they [the Edomites] were hereafter no other than [non-Israelite] Jews. Flavius Josephus, The Antiquities of the Jews

WHO ARE THE JEWS?