People in White Nationalism and the alt-right are generally aware of “fake news”. It is quite readily apparent to us all that mainstream media is full of “jew”ish lies, yet many of these same WNs still put a great deal of faith in mainstream academia, particularly in the areas of history, genetics, and anthropology in general. What these WNs fail to realize is that the full “jew”ish seizure of media control was preceded by their seizure of control of academia. “Jews” have essentially shaped the 21st century White man’s view of his own race’s history.

One of the chief downfalls of modern academia’s view of history is it’s neglect of the classics; the ancient histories of our kindred and ancestors, particularly the earliest European historians. Instead focus is placed on studies of archaeology and language from a view point completely divorced from the reality of race and its significance in history as well as the relations between race, culture and language. The margin for speculation and personal interpretation in these fields is immense, and leaves plenty of room to create confusion. If ever an archaeological discovery is made that defies the “jew”ish narrative (like the black obelisk  of Shalmeneser or Behistun rock among many others) it receives little to no attention from academia.

There are about as many prevalent theories about “Indo-European” origins as there are qualified scholars in relevant fields. The truth is lost in the ever-growing mass of conflicting and ill-considered theories. Scholars ignorant or dismissive of race saturate the field of study with analyses made from a purely linguistic or cultural perspective.

The mind of the would-be racially aware scholar is trapped in the “jew”ish false dichotomy of “Indo-European” and “Afro-Asiatic”. The assumption is commonly made that “Indo-European”=White and that “Afro-Asiatic”=non-White.  Never once will these people consider the fact that all modern alphabets in use in European languages today have Shemitic Phoenician roots and not “Indo-European” roots. Never do they recognize that the Phoenician alphabet from which all European alphabets derive is the next of linguistic kin to paleo-Hebrew, the language of the Old Testament. Never once do they consider that perhaps not all Whites were what mainstream scholars deem culturally “Indo-European”.

Any confirmed Shemitic cultural presence in early Europe (like that of the Phoenicians) is commonly attributed to racially “semitic” (“jew”ish or Arabic) interlopers. Never do these people consider that perhaps these Shemites who built the racial foundations of Europe were White. Any confirmed racial presence of Whites in Asia, the Levant, Mesopotamia, northern Africa, or the middle east is attributed by these people to “Indo-European” interlopers who adopted “Afro-Asiatic” customs. Never once is it considered that these obviously Caucasian societies, the forebears of western civilization, were White to begin with.

Mainstream academia would have WNs believe that the White race, this great exploring, colonizing, civilization building race, wandered the frozen waste of ancient northern Europe in circles for millennia, creating no civilization while ancient Mesopotamia, Egypt, Anatolia and the Levant (civilizations they esteem to be non-White) had built flourishing civilizations. They esteem our ancestors as primitive barbarians incapable of civilization, art, literature, or architecture until reached by the light of civilization from the Mediterranean. It is beyond their imagination that perhaps these Celtic and Germanic interlopers had their origins in the lands of these advanced ancient Caucasian civilizations and that they were an uprooted migratory remnant of these high eastern civilizations.

Some of these WNs have transcended these falsehoods and recognize many great “Afro-Asiatic” or otherwise non-European civilizations, like those of Egypt, India and Mesopotamia, as originally White, but tell them that the peoples of the Bible were White (as the Bible describes them) and suddenly their brain shuts down. The “jew”ish claims to Adamite/Sethite/Noahite/Shemite/Hebrew/Israelite/Judahite heritage are unquestionable to many such minds, despite their knowledge that “jews” are the world’s most famous liars. 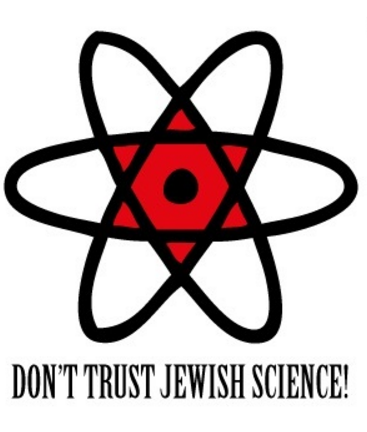 Genetics is another field in which “jew”ry thrives. By occupying and subverting this field of study a small collection of “jew”ish academics have the opportunity to dictate to the entire secular world their origins, history and identity. Anyone expecting an honest breakdown of their racial origins from any of the major genetic analysis companies is not going to get what they’re after. These “jews” will steal, file and sell your genetic information, measure your genome against modern day sample populations, and based on that tell you the modern nationality of your DNA. No consideration is given for the vast migrations of different racial groups across the ages. Don’t be surprised if they throw in a few splashes of non-White DNA for the sake of diversity. Besides; the genetic analysis industry is primarily for “jews” to track their mongrelized, inbred, and genetically unstable populations for their own purposes. If they make a buck and confuse the White man thats just a bonus.

Have you ever noticed how no mainstream historians can or will give an in-depth explanation of the origins of the Celtic and Germanic peoples? As far as mainstream academia is concerned these days the White man has no history beyond the days of Rome. Who were these new and foreign interlopers who the Romans rather arbitrarily divided into “Gauls” and “Germans”? A small handful of honest mainstream historians will admit that they descended from the Scythians and Cimmerians, as this is very apparent to anyone who makes any serious study of the related Greek and Roman accounts, but beyond that their history is hidden from public consciousness. The facts are literally inscribed in stone across the Eurasian continent and written in the most treasured classical histories of Greece and Rome. Assyrian tablets and Persian inscriptions likewise reveal this apparent mystery with incredible clarity to any who seek it. 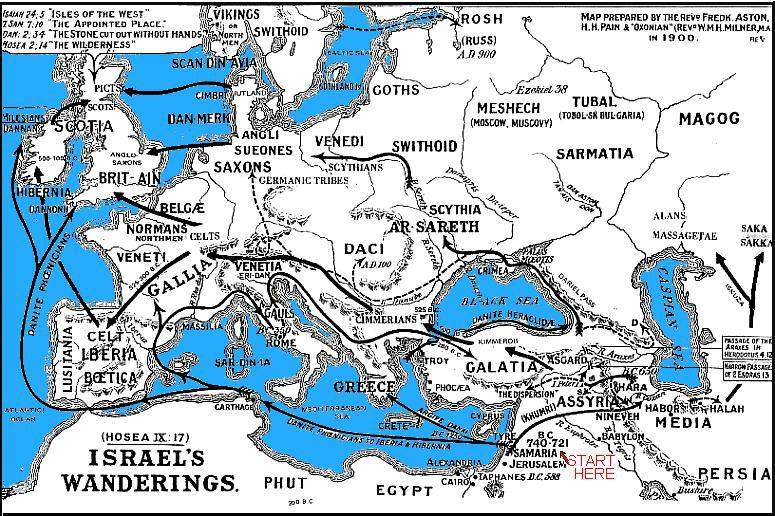 Trace the names through the histories. Scythians, Iskuza, Saka, Sacae, Saxons, Cimbri, Ghimri, Cimmerians, Khumri, Omri, Galatae, Galileans, Galatians, Gaels, Gauls, Trojans, Dardans, Dorians, Danaans, Tuatha de Dannaan, Milesians, Phoenicians, Hapiru, Iberi, and Ibri are among the many names the earnest scholar will find along the way as he digs deep in an earnest attempt to expose the roots of the White man’s family tree. Any serious honest attempt to retrace the White race’s footsteps will lead you east through Asia back to the cities of Media and then to Mesopotamia, Egypt, Palestine and the ancient kingdoms of the children of Jacob-Israel. Your roots run deeper than you think White man, and you will uncover them in surprising places if you search diligently.

One Reply to “Hey White Nationalists”