Esau was Jacob’s brother.  Although he was the first born he did not inherit the birthright. Esau didn’t even care about it.  He sold it to Jacob for a mere pot of red soup.

This article will break down how we can prove this beyond a shadow of a doubt.  While the jews are descendants of Esau, who was born White, he violated the laws of God and took foreign wives, namely Hittite and Hivite women.  He race-mixed all Adamic blood out of his progeny.

While the jews of today are of Esau-Edom, they are descendants of many other foreign nations with mixed blood, nations that God said were cursed, all dating back to Cain, and ultimately, the adversary, That Old Dragon, Satan.

Jews of today are not a pure race, they are an amalgamation of the mixed multitude.  They claim to be descendants of Judah but are not; they merely lived in the land of Judea at that time, and because of their massive influence, have been able to convince most people that they are the people of the Old Testament. They aren’t.  Here is just some of that proof. 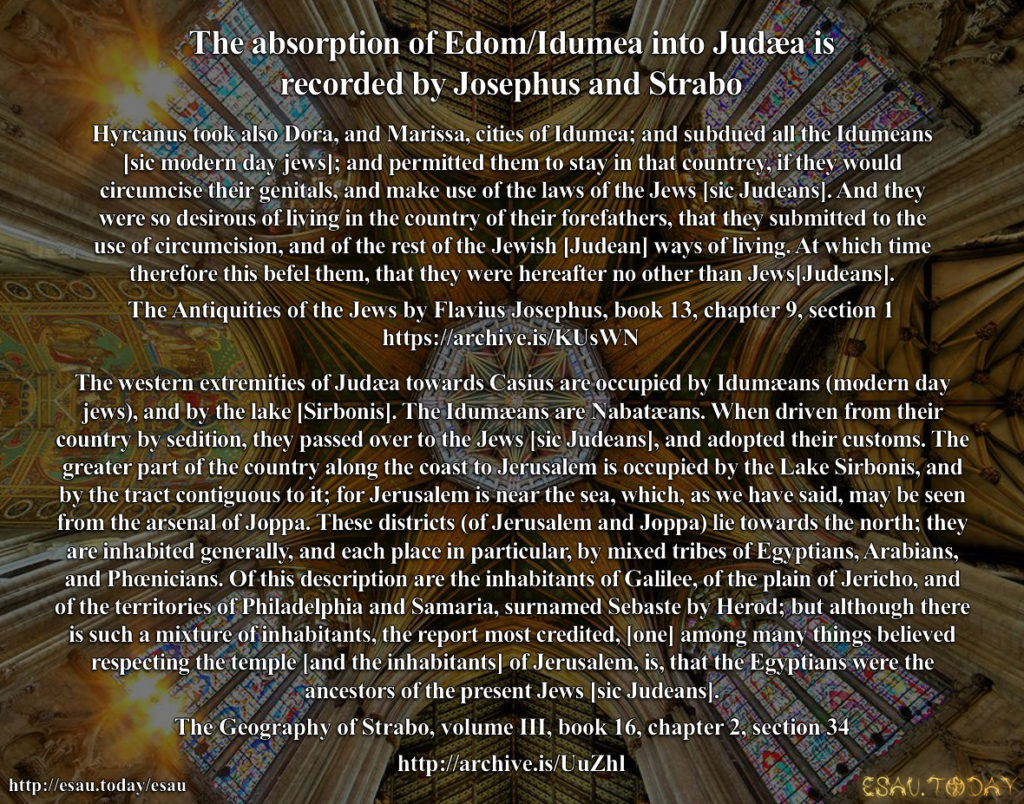 Jews today are of Esau/Edom, at least in part: END_OF_DOCUMENT_TOKEN_TO_BE_REPLACED