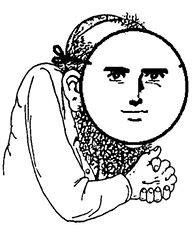 Trevor Worsham : Christianity is a Jewish sect and in order for it to be successfully introduced to Europeans and (Orientals) they had to combine some parts of the native tradition. So 90% of our white Christian ancestors were in fact in some way or another participating in pagan practices. And at the end of the day my friend Christendom has failed to stop the invasion. Most Christians and most Christian denominations have broke bread with the invaders. We have been betrayed by Jehovah.

Sloan Sutherland :Christianity was certainly not a “jewish” sect. In the early Christian era the people today called “jews” were it’s most dedicated opponents. I don’t disagree with anything you said concerning medieval or modern Christianity. I simply don’t see that as damning evidence against the teachings of Christ and the apostles which have long been forgotten by jewdeo-“Christianity”. No Christian ought to be worshiping Jehovah the chief god of the jew’s pantheon in the first place.

No jew is a legitimate Hebrew, Israelite or Judahite. They are all descended from the Edomites conquered converted and integrated into Judaea in 125 BC by John Hyrcanus. They become thenceforth known as Judaeans. This is attested to in Josephus’ Antiquities of the Judaeans, (13:257-258, 13:395-397 et al.) and Strabo’s Geography (book 16) as well as several jewish sources eg. Jewish Encyclopedia 1903 and Jewish Encyclopedia 1925.
These Idumaeo-Judaeans rose to the heights of power in the synagogues and in politics in Judaea under the Roman client king Herod the Edomite who tried to kill Christ in his infancy. At the time of Christ many of the Judaeans, and most of the Pharisees, Sadducees and politicians were of the stock of Esau-Edom and not Jacob-Israel. For an understanding of where God stands concerning Esau-Edom see Malachi 1:2-3 and the book of Obadiah.These Edomites were ancestral foes of Israel who had mingled with the cursed Canaanites who in turn had mingled with the Kenites. (the offspring of Cain and the mysterious women of Nod) These Idumaeo-Judaeans were no more Judahites or Israelites than an Ashkenazi jew is a German or Slav or a Sephardic jew is an Italian or a Spaniard. These are the false Judaeans which St. John warned the assemblies about. (Revelation 2:9 and 3:9) John the Baptist called them a race of vipers. (Matthew 3:7) Christ called them children of the devil (John 8:44) and a race of vipers. (Matthew 23:33) In Romans chapter 9 St. Paul discusses these circumstances concerning the Edomites at some length. Many other scriptures also bear witness to this.“Jews began to call themselves Hebrews and Israelites in 1860” —Encyclopedia Judaica 1971 Vol 10:23

“Strictly speaking it is incorrect to call an Ancient Israelite a Jew or to call a contemporary Jew an Israelite or a Hebrew.” (1980 Jewish Almanac, p. 3).

“Pharisaism shaped the character of Judaism and the life and thought of the Jew for all the future.”
-Isidore Singer, The Jewish Encyclopedia, 9:665-666.

“No one can deny that the Jews are a most unique and unusual people. That uniqueness exists because of their Edomite heritage. You cannot be English Jews. We are a race, and only as a race can we perpetuate. Our mentality is of Edomitish character, and differs from that of an Englishman. Enough subterfuges! Let us assert openly that we are International Jews.”
—Manifesto of the “World Jewish Federation,” January 1, 1935, through its spokesperson, Gerald Soman

Ever notice that mainstream secular criticism of the Bible always targets Christianity and never jewdaism or mohammedanism? Ever notice that all the leading figures in criticism of the Bible are jews? Why does jewish media not even put up a fight against anything trying to discredit the historicity of the Bible? Why do jews barely flinch at the “black Hebrew-Israelites” but go into a screeching fit at the mention of Christian Identity? Why do jews ignore or even support the modern secular narrative that the Israelites of the Old Testament never existed and were merely an outgrowth of the Canaanites with an overgrown origin mythos? Why do jews lead the attack on what they claim to be their own chief religious text?

Jews are Not Israel

3 Replies to “Is Christianity Jewish?”