Esau is responsible for homosexuality, as well as all other perversions that you could possibly imagine. Esau is Edom, and the ancient Edomites are the people we today call ‘jews’.

Canaanite-Edomite jews that descend from Esau, and originally Cain, and ultimately Satan, are entirely responsible for the perversion in our society, including homosexuality and pederasty/pedophilia, which are closely connected as the sources in this article will prove.

Although heterosexuals outnumber homosexuals by a ratio of at least 50 to 1 homosexual pedophiles commit about one-third of the total number of child sex offenses.

The Journal of Sex and Marital Therapy published a study on the same topic, which discussed “the proportional prevalences of heterosexual and homosexual pedophilia.”[29] The study commented on a study that found that “the percentage of the homosexual pedophiles would be 45.8.” Even adjusted downward for exhibitionists, “this would still indicate a much higher percentage (34 percent) of homosexuals among pedophiles than among men who prefer physically mature partners.”[30]

Many pedophiles, in fact, consider themselves to be homosexual. A study of 229 convicted child molesters in Archives of Sexual Behavior found that “eighty-six percent of offenders against males described themselves as homosexual or bisexual.”[40]

PEDOPHILIA IN GAY CULTURE: The Historical Connection between Pedophilia and the Gay Rights Movement

David Thorstad is a homosexual activist and historian of the gay rights movement.[48] He is a former president of New York’s Gay Activists Alliance (GAA), a prototype activist group founded in December 1969. The GAA at its inception opposed age of consent laws, which prohibited adults from having sex with children.[49] Thorstad is also a pedophile and founding member of the North American Man Boy Love Association (NAMBLA).

By contrast, in a 1999 national poll, the belief that most gay men are likely to molest or abuse children was endorsed by only 19% of heterosexual men and 10% of heterosexual women. Even fewer – 9% of men and 6% of women – regarded most lesbians as child molesters.

Some statistics about the Homosexual lifestyle:

* Many homosexuals don’t pay heed to warnings of their lifestyles: “Knowledge of health guidelines was quite high, but this knowledge had no relation to sexual behavior” (16)

* Homosexuals got homosexuality removed from the list of mental illnesses in the early 70s by storming the annual American Psychiatric Association (APA) conference on successive years. “Guerrilla theater tactics and more straight-forward shouting matches characterized their presence” (2). Since homosexuality has been removed from the APA list of mental illnesses, so has pedophilia (except when the adult feels “subjective distress”) (27)

* Homosexuals account for 3-4% of all gonorrhea cases, 60% of all syphilis cases, and 17% of all hospital admissions (other than for STDs) in the United States (5). They make up only 1-2% of the population

* Homosexuals live unhealthy lifestyles, and have historically accounted for the bulk of syphilis, gonorrhea, Hepatitis B, the “gay bowel syndrome” (which attacks the intestinal tract), tuberculosis and cytomegalovirus (27)

* 73% of psychiatrists say homosexuals are less happy than the average person, and of those psychiatrists, 70% say that the unhappiness is NOT due to social stigmatization (13)

* There is a notable homosexual group, consisting of thousands of members, known as the North American Man and Boy Love Association ( NAMBLA). This is a child molesting homosexual group whose cry is “SEX BEFORE 8 BEFORE IT’S TOO LATE.” This group can be seen marching in most major homosexual parades across the United States

* Many homosexuals admit that they are pedophiles: “The love between men and boys is at the foundation of homosexuality” (22)

* Because homosexuals can’t reproduce naturally, they resort to recruiting children. Homosexuals can be heard chanting “TEN PERCENT IS NOT ENOUGH, RECRUIT, RECRUIT, RECRUIT” in their homosexual parades. A group called the “Lesbian Avengers” prides itself on trying to recruit young girls. They print “WE RECRUIT” on their literature. Some other homosexuals aren’t as overt about this, but rather try to infiltrate society and get into positions where they will have access to the malleable minds of young children (e.g., the clergy, teachers, Boy Scout leaders, etc.) (8). See the DC Lesbian Avengers web page, and DC Lesbian Avengers Press Release, where they threaten to recruit little boys and girls. Also, see AFA Action Alert. 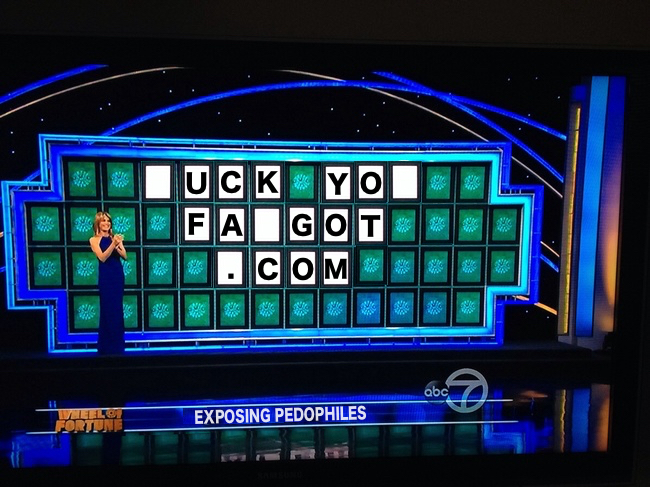 Child molestation and pedophilia occur far more commonly among homosexuals than among heterosexuals on a per capita basis, according to a new study.

“Overwhelming evidence supports the belief that homosexuality is a sexual deviancy often accompanied by disorders that have dire consequences for our culture,” wrote Steve Baldwin in, “Child Molestation and the Homosexual Movement,” soon to be published by the Regent University Law Review.

Baldwin is the executive director of the Council for National Policy in Washington, D.C.

“It is difficult to convey the dark side of the homosexual culture without appearing harsh,” wrote Baldwin. “However, it is time to acknowledge that homosexual behavior threatens the foundation of Western civilization – the nuclear family.”

Though the homosexual community and much of the media scoff at such accusations, Baldwin – who chaired the California Assembly’s Education committee, where he fought against support for the homosexual agenda in the state’s public schools – says in his report that homosexual activists’ “efforts to target children both for their own sexual pleasure and to enlarge the homosexual movement” constitute an “unmistakable” attack on “the family unit.”

Facts That Are Gay

One Reply to “Esau is Sodom(y)”